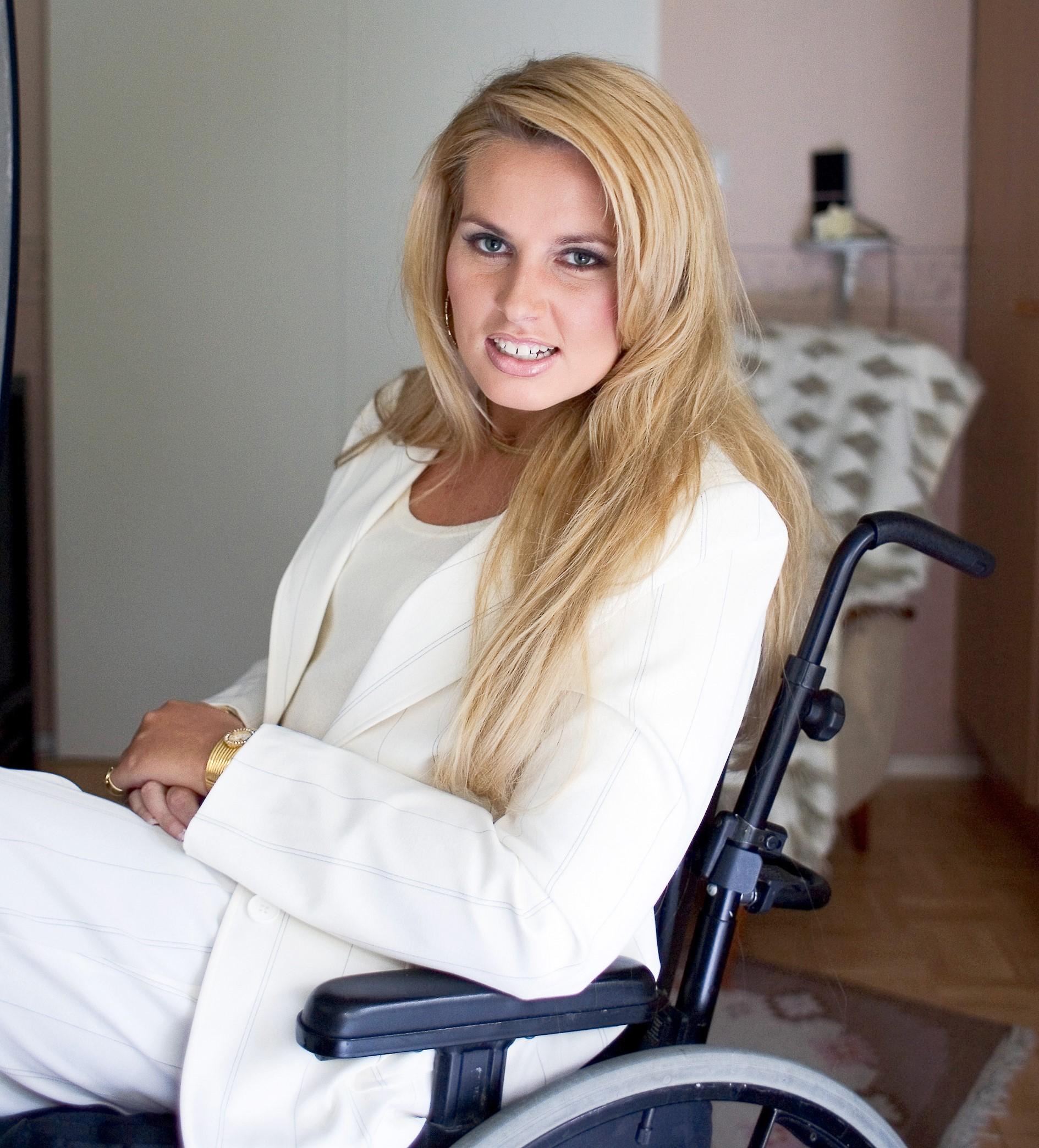 ‘A good life is when you smile often, dream big, laugh a lot & realise how blessed you are for what you have.’ Kati Van Der Hoeven

I was going to begin this article by saying that the first thing you notice about Kati van der Hoeven is how much she laughs & smiles – but in retrospect, even before you digest this you are struck by what a stunning and stylish woman she is.
This should come as no surprise as Kati was a supermodel, living in Los Angeles and about to break the big time, when on 10th January 1995 (a month before our founder at the Locked-in Trust was born), her modelling career was cut short  when aged just twenty, she suffered a brain infarction stroke while at home visiting her parents in Finland. The result left her with locked-in syndrome.

In Kati’s case the stroke came on gradually, while watching the television with her Mother she started to feel so dizzy that the room was spinning, believing this to have been brought on by her hectic modelling schedule she rose to go to her bedroom but felt drunk. Further, when she tried desperately to speak, she was only able to mumble. Her concerned parents rushed her to the hospital, but she found to her horror that, while in the emergency room waiting to be seen, she was losing more control of her body and unable to move her limbs. The last words Kati was to utter aloud that fateful day were ‘I’m not paralysed, I’m just too tired to talk.’

Kati remembers the word ‘stroke’ being proffered but a doctor dismissing it, after all Kati was only twenty years old and it would be highly unusual, they felt there must be another explanation. In-fact the doctor on duty did not consider Kati to be in imminent danger believing that, as a model living in LA, it was likely to be a drug overdose.  This was a cruel assumption as Kati was, to use her quote, ‘clean as a whistle’ and did not use drugs and she believes that this misjudgement is what cost her mobility, as she sat there in the emergency room the hours ticking by with her not receiving the adequate treatment she so desperately required.

Eventually Kati could only move her left eye, her body wanted to respond but she could not move, and the fear was indescribable, breathing was a struggle, and no-one knew what was happening. Thankfully, Kati’s quick-thinking mother told her to blink once for yes and twice for no.

It took three whole days for the medical profession who, having now conducted an MRI scan, to confirm that Kati had suffered a brain stem stroke and that the damage was permanent. This was, he confirmed, due to the fact that while the average stroke takes six minutes, Kati’s had taken twenty-four hours! You can imagine the impact this had on Kati, she was living her childhood dream as a successful model travelling the world and while she had been sitting in the hospital this was slowly being stripped away from her due to a lack of knowledge and a belief that she was too young to be having a stroke. The whole exacerbated by the fact that, now the worst had been confirmed, she was totally unable to react due to her paralysis. 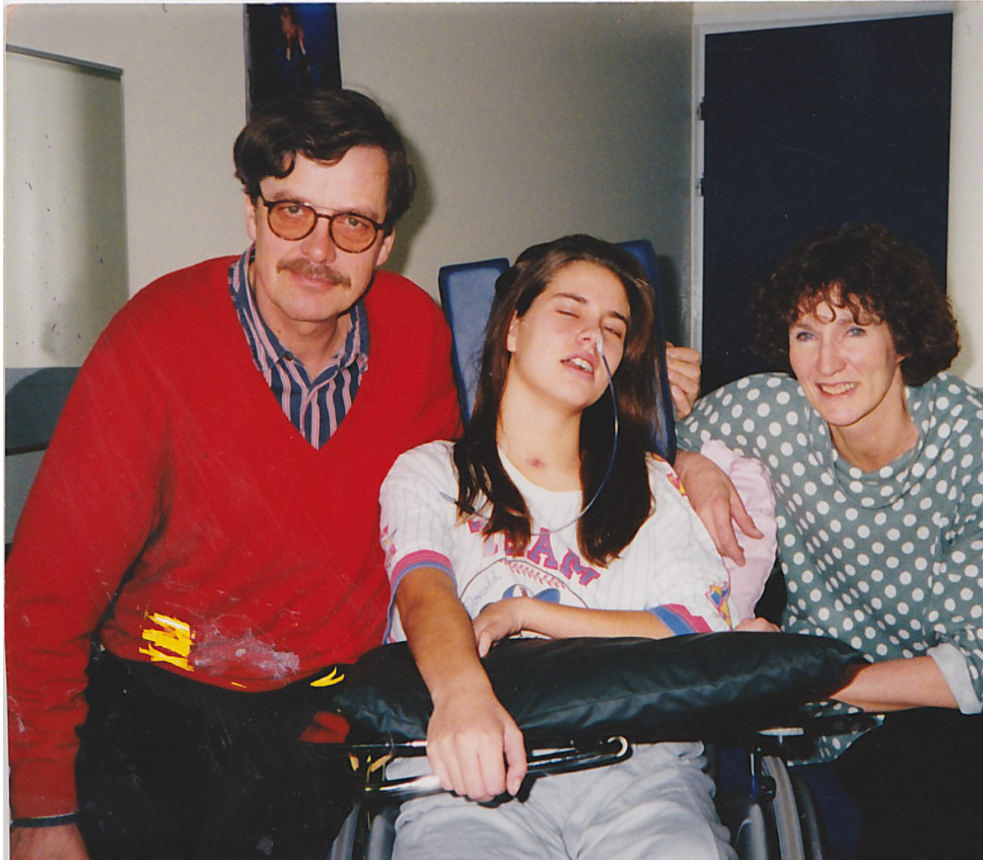 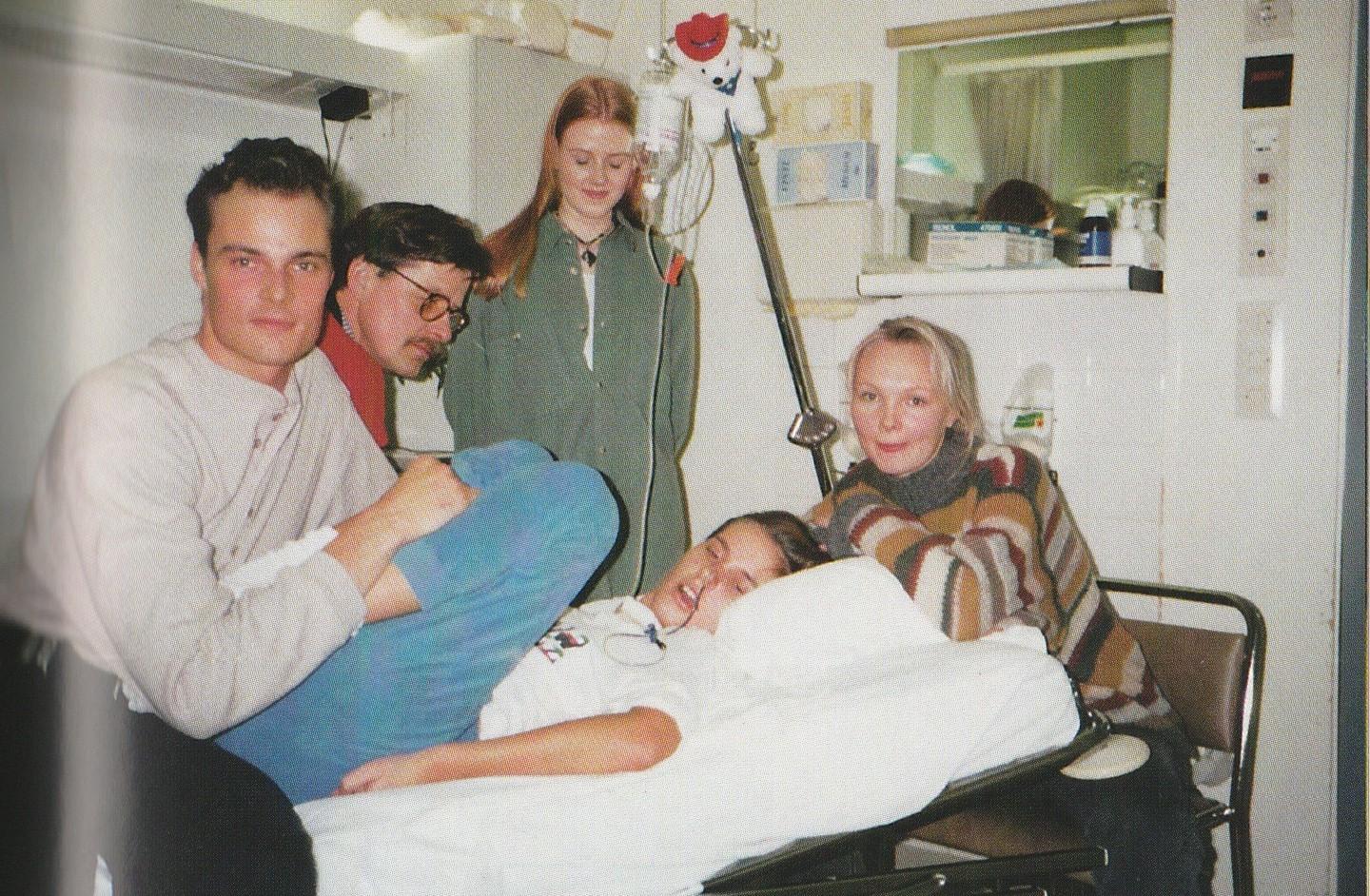 A month’s rehabilitation in hospital improved Kati’s condition to a stage where she had regained the use of her right eye and was using a letterboard to communicate. Her ability to breathe unaided had returned and so the tube could be removed from her neck and she was abled to be transferred to a rehabilitation clinic. But while Kati continued to make small incremental progress physically, she was devastated emotionally from waking each morning to the realisation of what she had lost leaving her ‘utterly heartbroken’.

Seven months later and, despite having learnt to chew again, and to communicate through a hands-free computer, the therapists arrived at the decision that there was nothing further they could do for Kat and advised her parents to put her into care in an institute. Horrified they took her home and arranged for day-care. Sadly Kati’s battles were not yet over, feeling ‘embarrassed, humiliated and demeaned’ she made what noise she could howling so loudly that the neighbours thought the van der Hoeven’s had acquired a dog, she begged her mother to end it all for her.

Kati found salvation through words, she started to keep a diary, it became cathartic and enabled her to see that her life still had purpose. For three years Kati worked on improving her physical condition, trying every therapy and treatment available, but then arrived at the conclusion that, in order to be happy, she had to embrace her new circumstances and come to terms with them. Helping others with complex needs through the blog she created, Kati found a love for all the simple and small things in life that are taken for granted.

Some thirteen years after her stroke Kati's life was transformed once again when, as so many experience these days, she met a man on the internet. His name was Henning and they found that, along with other shared interest, their outlook on life were very similar. Moreover Henning noticed the wheelchair, even though Kati had tried to hide her disability at first, it did not make him run for the hills- his response was simply, 'You must be an extraordinary person'. It was eight months later before the pair met when Kati stopped over in Amsterdam on her way to California, unlike most people Kati was chaperoned, not just by her mother but a carer too. Henning met her in check-in and took her for a stroll where they discovered the affinity they had discovered over the internet was real, so much so that Kati stopped over once again on her return trip. Two visits by Henning to Finland that summer was enough to confirm to the couple that they were falling in love so that they gave themselves an early Christmas Eve present on 2010 with Henning moving countries to be with his new love.

It was not all plain sailing from there however, it was actually harder than Kati had first imagined. The pair were now living with her parents while renovating a home for themselves to make it wheelchair accessible. Kati felt the pressure and concern of losing her privacy and her sense of self, most of all she feared that it might not work out and that she would be left heartbroken. Kati need not have feared, she and Henning just grew closer, in no time at all he had become proficient in using her Plexiglas 'air alphabet' board, he was such a good learner that today he just simply reads her eyes as he can determine which letters her eyes would be focusing on if the board was present.

The Christmas season must be a special time for Kati and Henning because the day before Christmas Eve, 23 December 2012, they made their commitment official and got married in an old mansion house on on a beautiful snow covered day with snowflakes falling from the laden firs and Kati had never been happier. 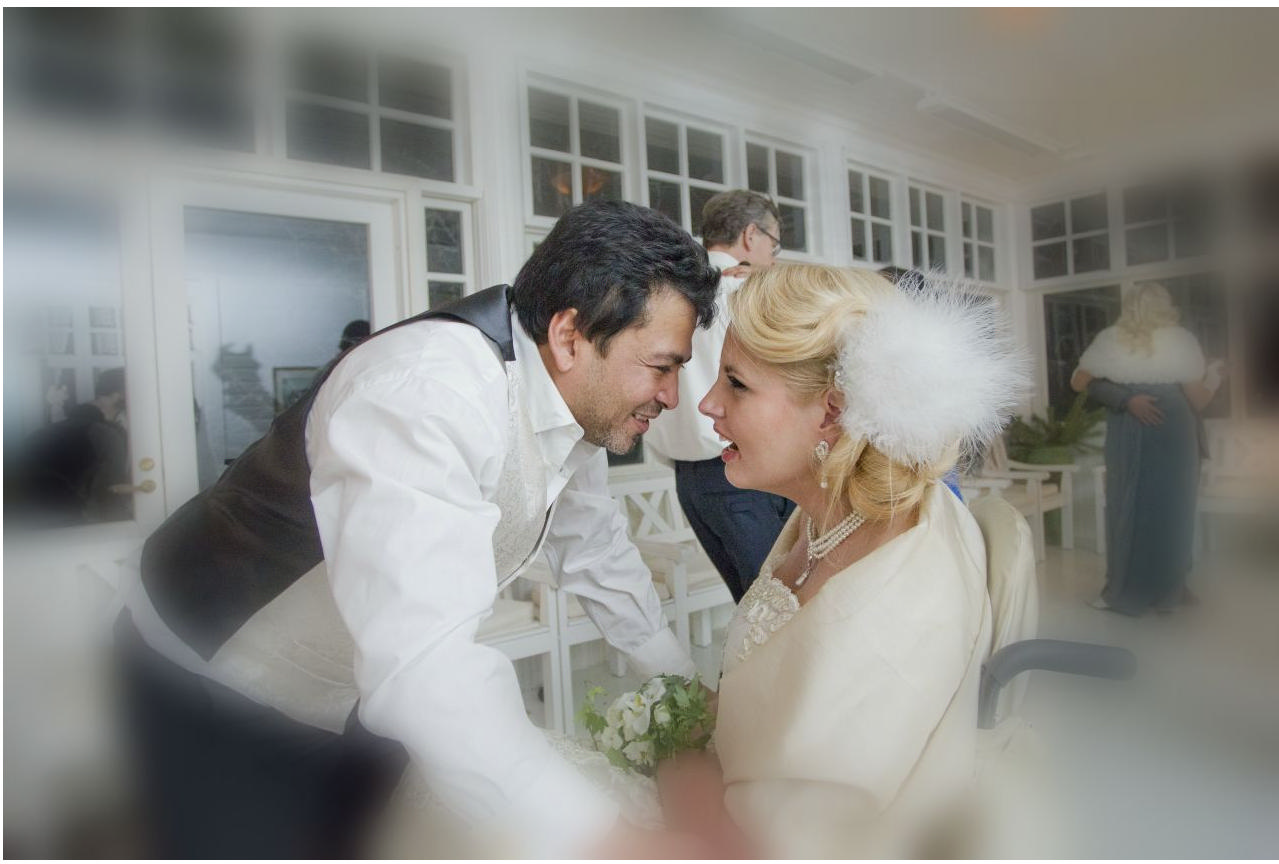