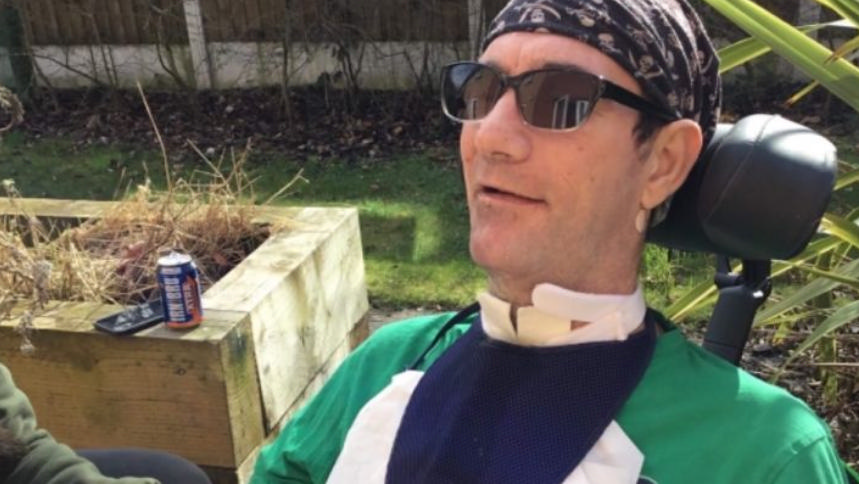 On April 28th 2017 at 48 years old, Darren Leith was rushed to hospital after what we thought was some kind of seizure. He was put into an induced coma in the ICU. After lots of test, doctors were still unsure what had caused the ‘seizure’ or what was wrong with him, a stroke and brain haemorrhage were both ruled out as nothing was showing on scans. Upon coming out of the coma, it was becoming more prominent that Daz was not responding as a normal patient should when waking up. He was awake but was only able to move his eyes up and down and was responding via eye movement when asked. A specialist was called in to have a look at him.

After speaking to doctors and looking at his notes and scans, the specialist seemed to know what was wrong. Daz had suffered a huge and rare brainstem stroke, which was not clearly noticeable on the scans as it’s at the very base of the brain. The brainstem sits just above the spinal cord and controls speech, breathing, body temperature and impulses sent from the brain to various body parts. We all need the brainstem to function for survival, making a brainstem stroke life threatening. 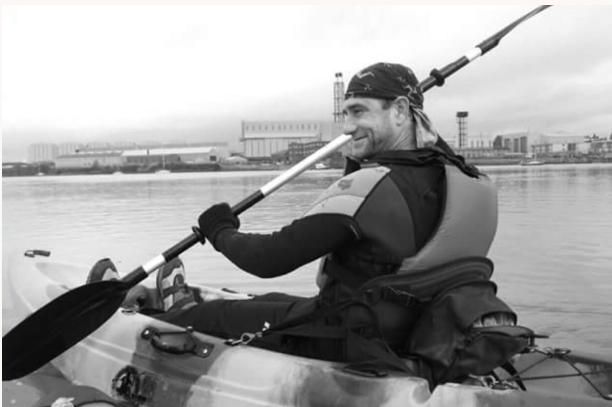 The specialist diagnosed Daz with Locked-in Syndrome as a result of the stroke. Only 1% of stroke victims are left with this condition. This neuro specialist had only ever seen the condition once before, and it wasn’t in Barrow. It meant the way we saw him after coming out of the coma would be how he would be for the foreseeable. This is complete paralysis of all voluntary movements of the body except vertical eye movement which would be his only way of communicating (look up for ‘yes’ and down for ‘no’). There is no treatment or cure for the condition, we can only hope Daz can make some kind of recovery.Daz’s cognitive part of his brain is unaffected, meaning he is still himself, he knows what’s going on around him, he can still think and reason. He still feels touch, pain, itches etc. He is as the name states, ‘locked’ inside his body.  Due to the extent of the condition, Daz was offered a DNR after the diagnosis. He looked down, he wanted to fight it, so we’re fighting it with him. 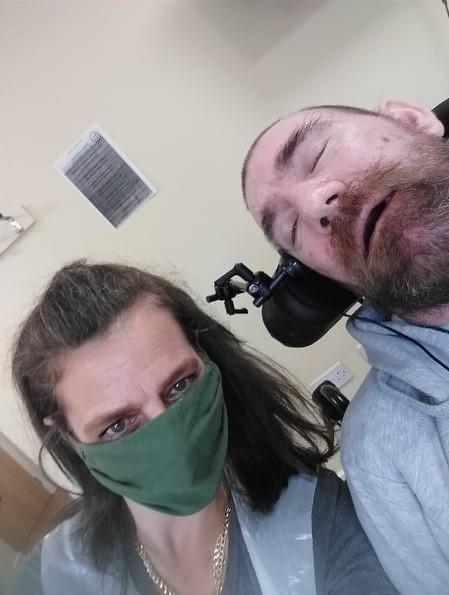